Continue the Remaining Legacy of Show Row with a Preservation Gift

The Paramount and State Theatres were once part of a vibrant entertainment district known as “Show Row” that packed tons of theatres on and near our 700 block of Congress Avenue. Now we are the only two left.

In the early 20th century, over a dozen movie houses and performance venues existed within blocks of each other. Hosting live performances by some of the most famous stage stars of the time and showcasing early film established our downtown as a cultural hub. The 107-year-old Paramount and 87-year-old State Theatres are the only two venues from the era still in operation.

Support from generations of Austinites has safeguarded the Paramount and State for over 60 years since the other Show Row theatres closed.

As downtown changed, the theatres were demolished or transformed into other businesses. Here’s a look at some of the lost theatres that amused Austinites over the course of 50+ years. 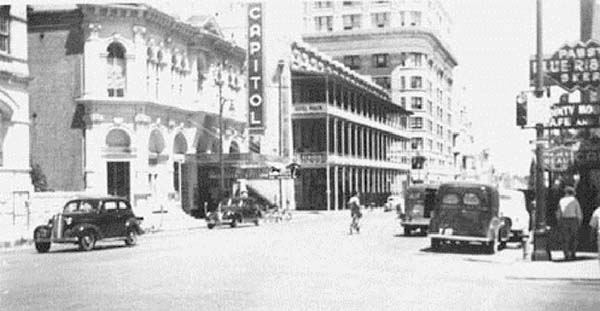 Opened in 1896 as the Hancock Opera House, it became the Capitol Theatre in 1935. The theatre closed in 1963 and despite public efforts was demolished in 1968. 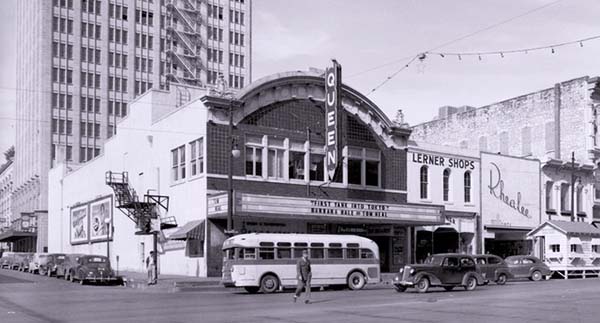 The Queen Theatre opened in 1917 and rivaled the Paramount in grandeur and popularity in its prime on Show Row. The once-beautiful theatre fell into such disrepair the ceiling collapsed on an audience of children, injuring several at a screening in 1952. Although significant repairs were made, the Queen closed in 1955 due to the waning interest in downtown theatres and financial loss from accident settlements. A department store occupied the site shortly after. Arts and culture returned in 1998 when the Contemporary Austin became our neighbor. 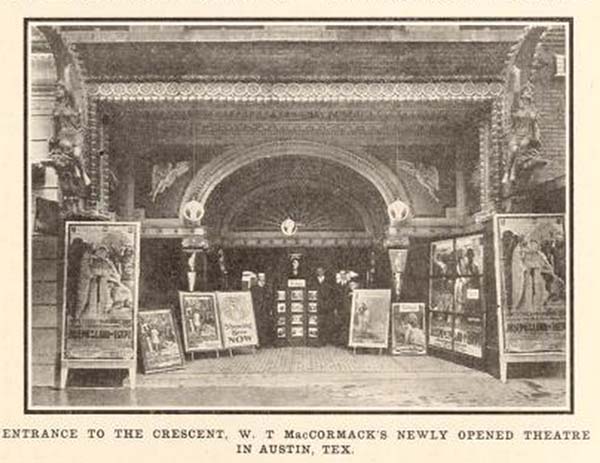 Located a block from the Texas State Capitol, the Crescent was Austin’s first movie house in 1913. The theatre closed in 1931 and has provided office space since.

THANK YOU for your care and passion for the historic Paramount Theatre!

Please contact Krystal Parsons, Director of Development, at kparsons@austintheatre.org or 512-692-0515 for more details regarding your preservation donation.