Our digital field trip experiences include:

Our in-person student matinees include: 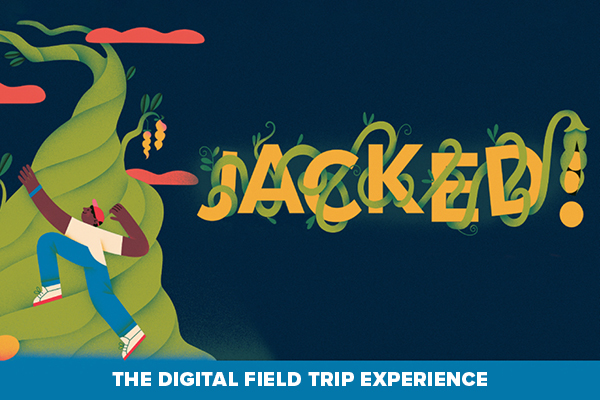 It’s Jack and the Beanstalk with a modern-day twist. In this reimagined world, Jack and his mother struggle to live happily ever after. After climbing the beanstalk and stealing the giant’s goose, Jack flees home and discovers the goose’s golden eggs have a mysterious, intoxicating power that turns his world upside down. Can Jack turn things around to save his village? Written by Idris Goodwin, Jacked! fuses storytelling and poetry, visual art, and animation with nonstop hip-hop and break-beat music. This is a fresh, energetic and timely play that encourages a gentle dialogue for children about substance abuse and its effects on our communities. 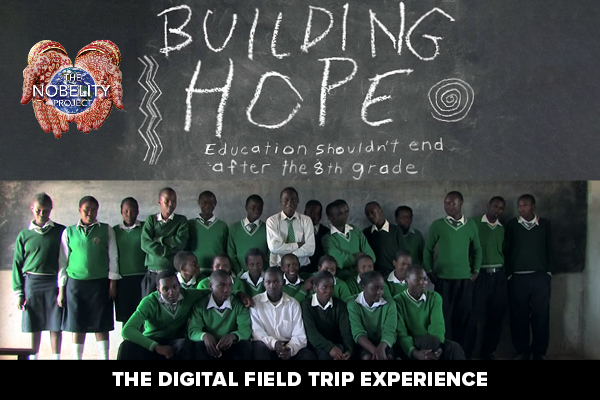 We’re bringing back Building Hope for the seventh year in a row, its second as a digital field trip experience. Building Hope is a documentary from the Nobelity Project that chronicles the construction of Mahiga Hope High, the first high school for a remote African community, and the connection between a thousand people in the U.S. and an African community working to create a better future for their children. To accompany the documentary, students will have access to a Q&A conversation between Austin middle schoolers and students in Kenya. Participants will experience global bridge-building as we explore the importance of education for all. 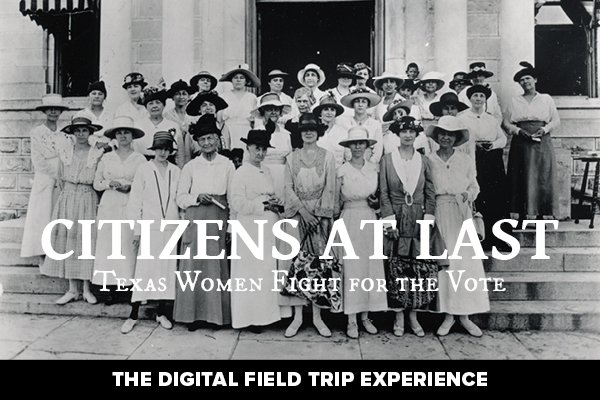 Citizens at Last is a documentary film that tells the story of the grit, persistence, and tactical smarts of the Texas women—white, Black and Latina—who organized, demonstrated, and won the vote for women. Citizens at Last follows the early days of organizing, explores the strategic role Texas suffragists played in the national movement, and exposes the pro-Jim Crow policies of the anti-suffragists who stood in their way. To accompany the documentary, students will have access to a Q&A conversation with the team that created it. 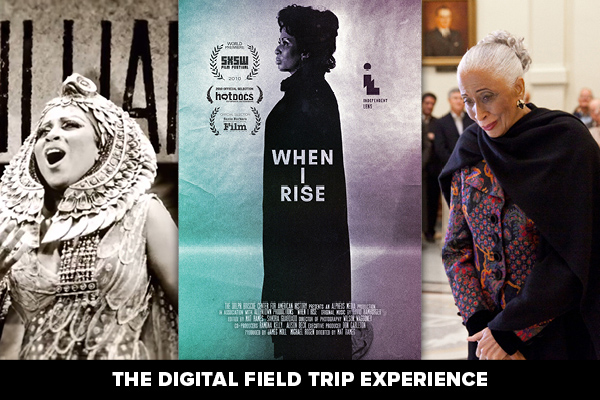 From The Briscoe Center for American History at the University of Texas at Austin and Alpheus Media, Austin, TX
Best for 9th–12th Grade
Available asynchronously October 1, 2021 – May 31, 2022

In this documentary a gifted Black music student at the University of Texas is thrust into a civil-rights storm that changes her life forever. Barbara Smith Conrad is cast in an opera to co-star with a white male classmate, fueling a racist backlash from members of the Texas legislature. When Barbara is expelled from the cast, the incident escalates to national news, prompting unexpected support from a pop superstar. This small-town girl, whose voice and spirit stem from her roots in East Texas, emerges as an internationally celebrated mezzo-soprano and headlines on stages around the world. When I Rise is a testament to finding forgiveness within oneself. 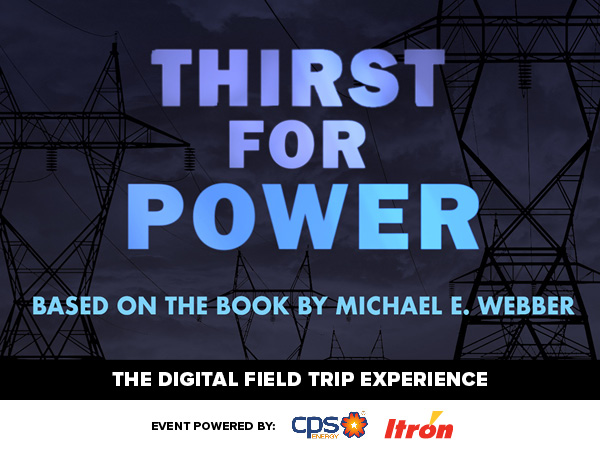 Water and energy are the two fundamental components of a society, and they are interconnected. Thirst for Power, shot on location across France, California, and Texas, explores the history of civilization’s quest to procure water and energy — from ancient Roman aqueducts in Europe to modern America’s vast hydroelectric infrastructure. The documentary combines anecdotes and personal stories with insights into the latest science of energy and water, and identifies a hopeful path toward wise long-range water-energy decisions and a more reliable and abundant future for humanity.

Includes access to the documentary film Thirst for Power and a pre-recorded question and answer panel discussion with director Mat Hames, author Dr. Michael E. Webber with The University of Texas at Austin and ENGIE, Dr. Kelly T. Sanders, Assistant Professor of Civil and Environmental Engineering at the University of Southern California, and film producer Juan Garcia from Disco Learning Media, moderated by Erin Hardick, Senior Researcher and Content Strategist at Zpryme. 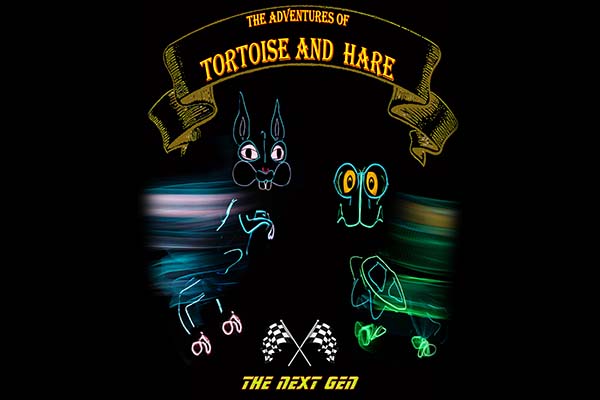 Please Note: this show is replacing the previously announced, Dino-Light. The performance dates and artists remain the same.

The Adventures of Tortoise and Hare: The Next Gen

From Lightwire Theater, New Orleans, LA
Best for K–5th Grade
Monday, January 10, 2022 at 10am and 12pm
The Paramount Theatre

Lightwire Theater, semi-finalists on NBC’s America’s Got Talent, returns to the Paramount, bringing their dazzling electroluminescent puppetry for this world premiere production! We begin with Aesop’s classic fable of “The Tortoise and the Hare” but continue the story which finds them 10 years down the road, now with children of their own. The Next Gen features Tortoise Junior and Lil’ Hare in a whole new kind of race; where their adventures lead them into unexpected territory. Old Man Tortoise and Big Daddy Hare must come together despite their differences to find and save their children. What hurdles will they have to overcome to make it to the finish line? This glow-in-the-dark adventure is visually amazing and uses Lightwire’s signature blend of puppetry, technology and dance to bring a classic tale into a new brilliant light. 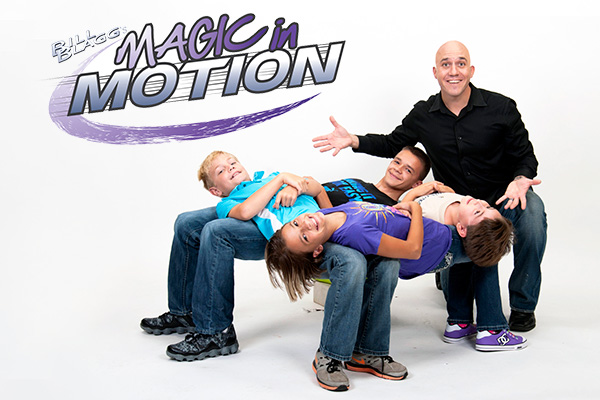 Bill Blagg’s Magic in Motion melds the fascination of magic with the wonders of physical science to create an unbelievable educational experience! In this highly visual, interactive show, students will be on the edge of their seats as they explore how science creates magic right before their very eyes! Their jaws will drop in amazement as ordinary objects come to life, while others defy gravity with a simple clap of the hands and so much more! Students will learn first-hand how to create illusions using core scientific principles such as force, energy, friction, motion and more. Together with Bill they will apply these principles in a variety of magical experiments that will bend the laws of science and create the impossible. Magic in Motion is a magic-filled, educational experience that is designed to inspire students to investigate how physical science can create magic while also playing an important role in their daily lives! 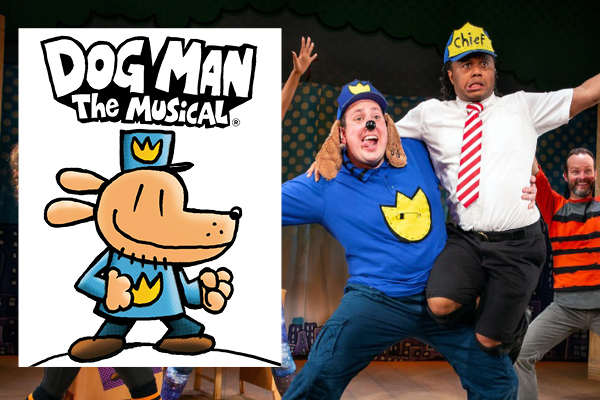 Dog Man: The Musical is a hilarious new production based on the worldwide bestselling series from Dav Pilkey, the creator of Captain Underpants. With the head of a dog and the body of a policeman, Dog Man loves to fight crime and chew on the furniture. But while trying his best to be a good boy, can he save the city from Flippy the cyborg fish and his army of Beasty Buildings? Can he catch Petey, the world’s most evil cat, who has cloned himself to exact revenge on the doggy do-gooder? Find out in this epic musical adventure featuring the hilarity and heart of Dav Pilkey’s beloved characters.

All performances will be presented at The Paramount Theatre at 713 Congress Avenue. Requests will be filled on a first come, first served basis. To accommodate as many school groups as possible, there is a limit for adults attending the shows. Only one adult per every ten students. Any additional adults will be charged $15 per ticket in advance, or $20 cash; day of show. If you need more adults due to students with special needs, please contact Gale Valley at gvalley@austintheatre.org. No general public tickets will be sold.

Payment in the form of one check per school should be mailed to the Paramount Theatre once you receive your confirmation email and accompanied invoice. Alternately, you may provide a credit card number to charge the balance. Full payments are due ONE MONTH before your performance date. If we have not heard from you one month before the performance, your tickets may be released and given to a school on our waitlist, if there is one. If you need more time to pay for your school’s tickets we are happy to work with you, but there are NO CANCELLATIONS PAST YOUR ONE MONTH DUE DATE. These include decreases in numbers or complete cancellations of reservations (including additional adult tickets). Your school will still be responsible for the amount due since we will not have adequate time to re-book your tickets and those seats will go unused. Thank you for your understanding.

If there are any obstacles that prevent your students from seeing this production, please contact Gale Valley at gvalley@austintheatre.org or call 512-692-0526 to discuss special arrangements.

At this time all students and adults attending our field trip performances are required to wear a mask at all times while inside the theatre. This policy is in line with most Central Texas school policies. We are monitoring community health closely and will keep you updated on any changes.