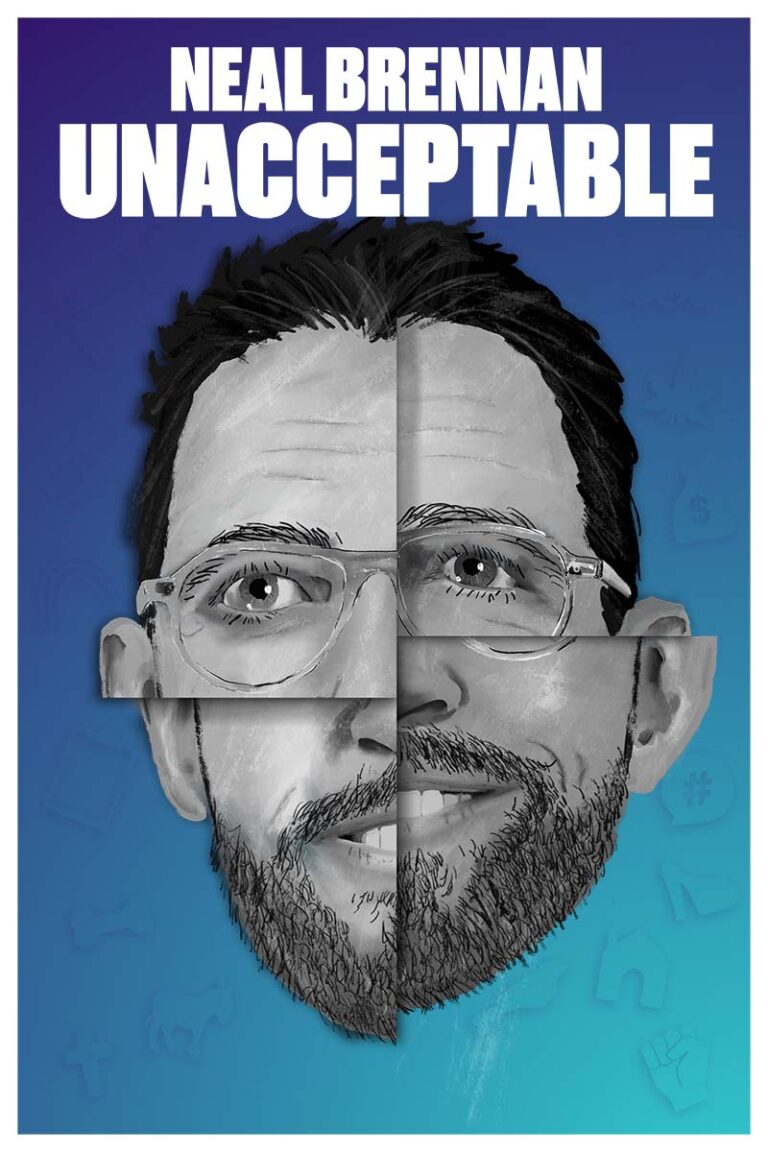 Neal’s second one-man show Neal Brennan: Unacceptable opened in previews for a six-week run at The Cherry Lane Theatre in NYC on August 25th, 2021. In the show, directed by Artist/Magician Derek Delguadio (In & Of Itself), Brennan meticulously examines his own defects, attempting to understand his baffling inability to fit into a group and the alienation that comes along with it. Unacceptable’s run was extended through November 21st, 2021 due to popular demand with The New Yorker lauding “Brennan is sharp and entertainingly droll, with a deliberate pacing—he appears to walk in slow motion—that is very effective.” Neal’s critically acclaimed first off-Broadway one-man show 3 Mics also enjoyed a sold-out NYC run in 2016 with superstar musician John Legend serving as Producer. 3 Mics was taped as a stand-up special, which premiered on Netflix in 2017, with Paste Magazine offering “It will floor you in the best way possible.” In a break from traditional standup comedy, 3 Mics sees Brennan alternating between three separate microphones; one for traditional stand-up, one for one-liners, and one for short confessional monologues covering everything from managing his depression to his difficult relationship with his father.