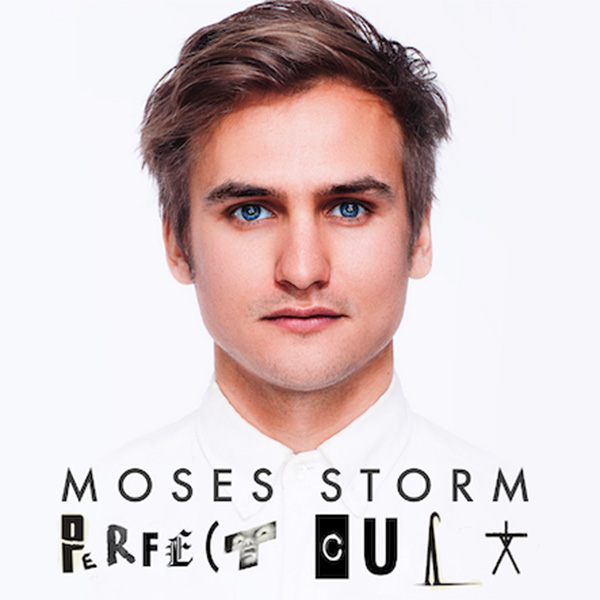 What if you were raised in an unsuccessful doomsday cult?

That happens to be a reality for comedian Moses Storm. What would have made Moses’s
family’s cult or any cult “successful”? What does success actually mean?

That is the question that Moses hopes to answer with THE PERFECT CULT.

THE PERFECT CULT is a unique interactive comedy special that invites audience members to
participate in the formation of a one-night-only cult. This immersive show is ‘Sleep No More’
meets stand-up comedy.

Each night, after opening up about his own hilarious and heartbreaking cult experience, Moses
interviews a guest comedian or audience member about their religious background. He asks
them about the parts of their religions that they identify with, don’t identify with, parts that have
helped them, and the parts they find just plain weird.

If the interviewees aren’t religious – that’s fine too. Every person has groups that they identify
with and follow blindly – whether it’s sports teams, bitcoin bros, company affiliations, CrossFit,
healing crystals or airlines of choice, everyone is inevitably going to be a devoted member of
something.

Throughout the show, Moses builds out a list of attributes of the night’s Perfect Cult. The crowd
is invited to participate in on-the-spot rituals, chants, and ceremonies, all initiated from the
night’s interviews. A ‘greatest hits’ of religious tenets, if you will.

At the end of the show, Moses invites the audience to officially join his cult. Every audience
member is invited to participate in a final, head-turning group ritual, ready to spread the cult’s
teachings to the world.

The Perfect Cult will be a guaranteed-buzzy, word-of-mouth-driven spectacle that celebrates and
pokes fun at people of all tribes and affiliations. At the very least an incredible WTF photo op for
bystanders.