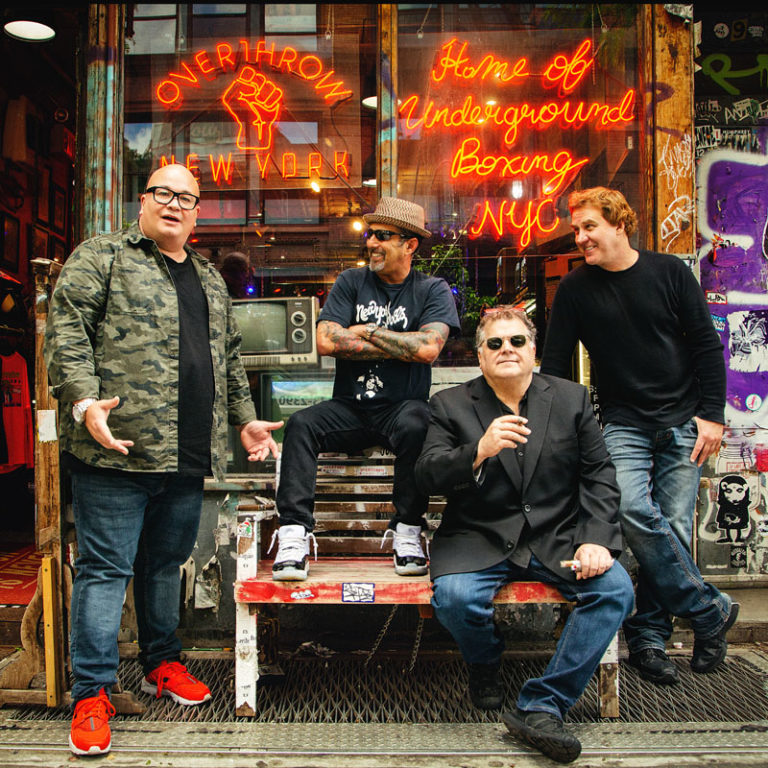 Last March, four of the world’s funniest comedians, who are also friends, took the stage together in Glenside Pa. for a killer night of comedy. The show was politically incorrect, edgy, spontaneous and full of heart. It was a huge success. People were leaving the theater saying it was the best comedy show they had been to in years. So, when the four headliners were approached to do a 14-city theater tour, it was a no brainer. With over a hundred years combined comedy experience, not since the Kings of Comedy has a group of headliners this talented shared the stage.
All four comedians are dads who discovered they have an odd shared philosophy when it comes to parenting.

“The toughest thing about being a single dad is helping my son with his homework. The only requirement for the girls I date is they have to know common core math. I can look past the herpes.” – Jim Florentine

“Being a parent is easy; being a good parent is hard. All the parents I know– including me– are f*%^ing nuts. Our parenting isn’t what you see on a typical TV show or in a textbook. The Kreeps with Kids represent parents who don’t read the books, who might have a metal band play their seven yearsold’s birthday party, let their kids stay up as late as they want, riff with their kids and let them outside at night with no shoes on without worrying about stepping in rabbit shit.” — Robert Kelly

“My 11-year-old came home from school with lice. And you feel bad as a parent for making her sleep on the porch for a week.” – Rich Vos

“I’ve never felt more like a parent than being on tours with these guys. I’m constantly having to separate them.” – Ron Bennington

The show WON’T BE EXCLUSIVELY about being parents. Vos, Florentine, Bennington and Kelly will cover everything and anything. But one thing they guarantee, this will be the funniest show you have seen in a long time.