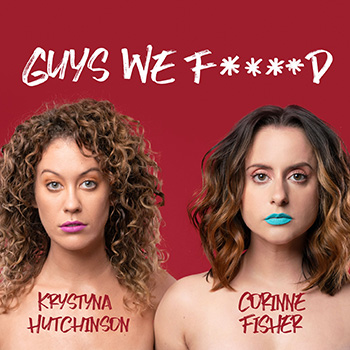 In December 2013, Krystyna Hutchinson and Corinne Fisher launched Guys We Fucked: The Anti Slut-Shaming Podcast that now boasts over half a million subscribers is one of the top downloaded weekly podcasts on iTunes and in the top 5 most downloaded comedy podcasts. With its positive feminist message, the show has been featured in The Huffington Post, The Daily Beast, Elle, Bust, Salon Shape, Glamour, on Sirius Radio, among many others. They have had on amazing guests such as AMBER ROSE, DAN SAVAGE, JIM NORTON, HORATIO SANZ, ANDY DICK, LIZZ WINSTEAD (Co-Creator of “The Daily Show”) among others over the years. Next up for Krystyna and Corinne is a national comedy tour their fans have been demanding for a long time!