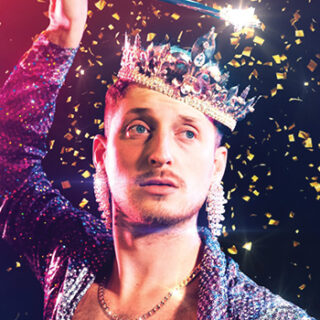 ZACH ZUCKER is an award-winning performer and producer based in Tumblerock. He is the creator of Stamptown, the alter-ego of New York’s greatest comedian Jack Tucker, and one half of clown duo Zach & Viggo. Zach has sold out shows at Netflix Is A Joke, Just For Laughs, Glastonbury, Soho Theatre, Edinburgh Fringe, Comedy Central, Melbourne International Comedy Festival, and Off-Broadway in New York City. He recently shot a TV show for TBS, a feature film for HBO Max and frequently collaborates with funk-punk group, Thumpasaurus.