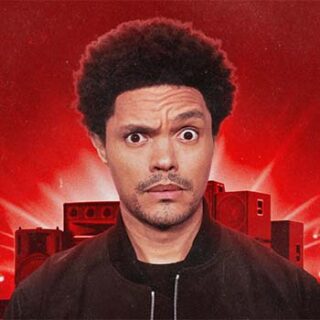 After the success of an extensive world tour in 2022, comedian Trevor Noah is heading back on the road with his 2023 Off The Record Tour. The tour comes to Moontower Just For Laughs Austin for 4 nights at Bass Concert Hall, April 20–23.