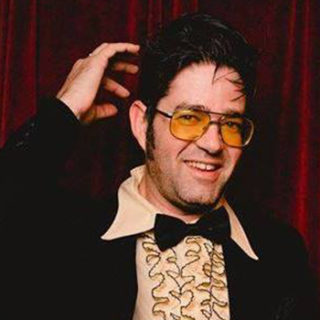 Taylor Dowdy is a stand up comedian based out of Austin, Texas. Despite his sour grimace and often lavish wardrobe, he has a great time telling crowds all about his life experiences. He has been a regular performer at Cap City Comedy Club and the Velveeta Room opening for national touring headliners such as Tim Dillon and Gareth Reynolds. He has hosted multiple shows of his own in Austin including Ground Floor at Hotel Vegas and Beamed Inn at Spiderhouse Ballroom.