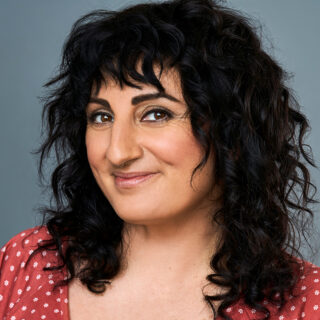 Steph Tolev has been described as a “Canadian loudmouthed treasure” and “Loveable Lunatic”. She was featured on Bill Burr’s stand up series The Ringers on Comedy Central and in the second season of Epix’s Unprotected Sets. She was named one of Comedy Central’s Up Next Comics to watch at Clusterfest and a Comedian You Should and Will Know by Vulture. Steph’s most recent album “I’m Not Well” was nominated for a Juno Award. Steph appeared in Season 2 of Comedy Central’s Corporate, and starred in an episode of the Sarah Silverman-produced Please Understand Me on Amazon.