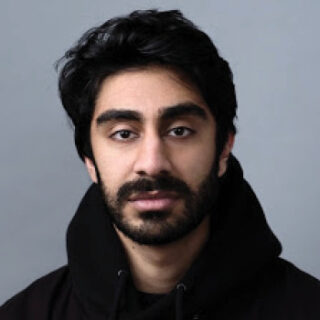 Sahib Singh is a first-generation Indian-American actor, comedian, and writer. Sahib is currently on the road performing stand up with Nimesh Patel and most recently wrote, produced, directed, and starred in content for Comedy Central’s Creators Program. Sahib will also be opening for Hasan Minhaj on multiple dates of his 2022 King’s Jester Tour. He also recently participated in the 2021 ViacomCBS Comedy Showcase [deadline.com]. He can also be seen in the digital series AS SEEN ON ADULT SWIM. Originally from Baltimore, Sahib has quickly become one of Baltimore/DC’s favorite young comedians. With a mellow demeanor and unique cadence, Sahib’s comedy has gained notoriety throughout the comedy world and has amassed a strong following on social media including Instagram [instagram.com], TikTok [tiktok.com], YouTube [youtube.com], and Twitter [twitter.com]. His videos have garnered attention from executives at NBC, CBS, Adult Swim, Comedy Central and more. Sahib has been featured on some of DC and Baltimore’s largest showcases and he won Magooby’s New Comedian of the Year competition in 2019.