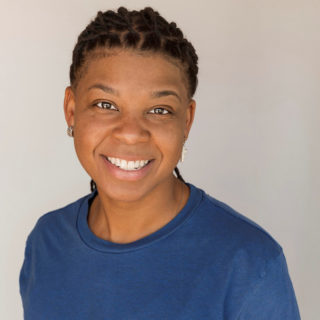 Punkie Johnson is a comedian and writer from New Orleans, Louisiana who joined the cast of SATURDAY
NIGHT LIVE in 2020. She also appeared on season 2 of HBO Max’s critically acclaimed series, LOVE LIFE,
where her performance was hailed by Time Magazine as a “particular stand out.” Past credits include
SPACE FORCE (Netflix), A BLACK LADY SKETCH SHOW (HBO), and BILL BURR PRESENTS: THE RINGERS
(Comedy Central). Punkie also served as a writer/consultant on Peacock’s upcoming series reboot QUEER
AS FOLK.

Punkie can next be seen in Orion’s BOTTOMS, directed by Emma Seligman (Shiva Baby) and produced by
Elizabeth Banks’s Brownstone Productions.