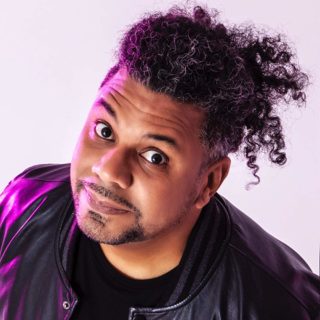 Orlando Leyba is a Dominican American actor and stand-up comedian who connects with all audiences through his unique life experience and perspective and undeniable likeability. Orlando has become a regular at comedy festivals and touring nationwide at clubs throughout the U.S and Canada. Most recently, Orlando was featured in NBC’s BRING THE FUNNY. His HBO stand-up special ORLANDO LEBYA: ADORABLE, premiered on HBO Latino and is now on HBO Max. In addition to touring nationwide, Orlando recurs in truTV’s LAFF MOBB LAFF TRACKS, both performing stand-up and acting in his re-enactment stories. He has made three appearances on NBC’s THE TONIGHT SHOW STARRING JIMMY FALLON and was featured on HBO’s ENTRE NOS: PART 3. Orlando hosted Conaco’s esports show WRECK LEAGUE (2020) on TBS. He voices the role of ‘Wabo” alongside Will Forte and Lea Thompson in the animated feature LUIS & THE ALIENS.