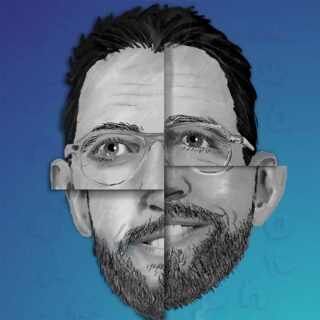 Three-time Emmy nominated writer, director, producer, and standup comedian Neal Brennan has become a force in the comedy world. An across-the-board talent, Neal has found success in almost every creative vein in the comedy landscape. He has collaborated with the top writers and talent in the business and worked on several popular shows in various capacities. If there is a comedy that audiences are responding to, Neal is often somewhere to be found.

Neal’s second one-man show Neal Brennan: Unacceptable opened in previews for a six-week run at The Cherry Lane Theatre in NYC on August 25th, 2021. In the show, directed by Artist/Magician Derek Delguadio (In & Of Itself), Brennan meticulously examines his own defects, attempting to understand his baffling inability to fit into a group and the alienation that comes along with it. Unacceptable’s run was extended through November 21st, 2021 due to popular demand with The New Yorker lauding “Brennan is sharp and entertainingly droll, with a deliberate pacing—he appears to walk in slow motion—that is very effective.” Neal’s critically acclaimed first off-Broadway one-man show 3 Mics also enjoyed a sold-out NYC run in 2016 with superstar musician John Legend serving as Producer. 3 Mics was taped as a stand-up special, which premiered on Netflix in 2017, with Paste Magazine offering “It will floor you in the best way possible.” In a break from traditional standup comedy, 3 Mics sees Brennan alternating between three separate microphones; one for traditional stand-up, one for one-liners, and one for short confessional monologues covering everything from managing his depression to his difficult relationship with his father.

Neal is currently a writer, Creative Consultant, and on-air correspondent on Comedy Central’s The Daily Show with Trevor Noah. He served as Executive Producer on Chris Rock’s latest standup special Chris Rock: Tamborine and as Director on comedian Michelle Wolf’s recent HBO special Michelle Wolf: Nice Lady. He also co-wrote the 2017 feature film The Female Brain alongside comic Whitney Cummings and he can be seen in the Netflix film Fonzo alongside Tom Hardy.

Neal’s half-hour special premiered on Netflix as part of their global stand-up comedy series Comedians of the World in 2019. The series features a diverse set of comics from 13 regions bringing their perspectives on what’s funny around the world with Neal being one of five from The US. Neal’s first hour standup special Women and Black Dudes, which he also directed, premiered in 2014 on Comedy Central and was named one of the 10 Best Standup Specials of 2014 by Paste Magazine. His half hour standup special premiered in 2012 on the network’s series The Half Hours. In 2013 Neal directed several sketches on Comedy Central’s Inside Amy Schumer, as well as episodes of FOX’s The Mindy Project and New Girl. He also wrote with Seth Meyers on The ESPY Awards and his White House Correspondents Dinner speech in 2011. Brennan has done stand-up on Late Night with Jimmy Fallon, Late Night with Seth Meyers, Conan, Last Call with Carson Daly, and Lopez Tonight.

In 2014, Neal was the host of The Approval Matrix on SundanceTV, a panel show inspired by the popular New York Magazine feature. In addition to ipanel discussions, the series featured Brennan conducting interviews with Jon Stewart, Amy Poehler and Chris Rock, with The New York Times calling the show “intellectually risky and appealingly frisky.”

Neal co-created Comedy Central’s legendary Chappelle’s Show, for which he received three Emmy nominations; one for directing, one for writing, and one for producing. Together, Brennan and Dave Chappelle wrote and produced virtually every sketch on the show themselves. In the second season, Brennan also served as director on many episodes, helming such classic sketches as “Charlie Murphy/Rick James,” “The Racial Draft,” “Charlie Murphy/Prince,” and the “John Mayer Sketch.” Also with Chappelle, Neal co-wrote the stoner cult classic film “Half Baked.” In 2009 Brennan went on to direct the feature film “The Goods” for producers Will Ferrell, Adam McKay and Paramount. The film starred Jeremy Piven, Ed Helms, Ken Jeong, Ving Rhames, and Ferrell. In 2010, Neal appeared as an actor in the feature film “Get Him To The Greek.”

In addition to standup, writing, directing, and producing, Brennan has also directed popular commercials for Sprite, Netflix, Best Buy and Nike. He has a huge presence on social media with 375,000 followers on twitter, and was named “One of the Funniest People on Twitter” by Time Magazine and Rolling Stone.

After dropping out of the prestigious NYU Film School, Neal began his career at the age of 20 as a writer on the MTV dating game show, “Singled Out,” (you’re welcome) and the Nickelodeon sketch show, “All That.” Since then, he has performed standup and lent his hand at writing and directing several TV shows and films, developing what The New York Times calls his “hip-hop and Frontline aesthetic.” He regularly headlines the good standup venues in the good parts of America.

He does see Dave pretty often. Dave is fine.

For more information go to www.nealbrennan.com