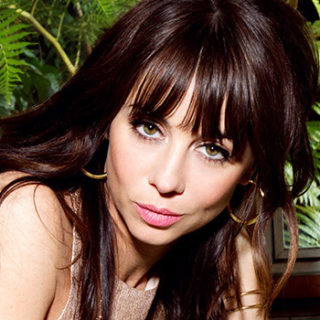 Natasha Leggero is an accomplished actress, writer and standup comedian. Most recently, she starred in the CBS sitcom BROKE and released THE HONEYMOON STAND UP SPECIAL on Netflix, which she shot along with her husband and fellow comedian Moshe Kasher. In the TV space, Natasha created, executive produced and starred in the Comedy Central hit show ANOTHER PERIOD as well as Showtime’s DICE opposite Andrew Dice Clay. She was a popular character in the Emmy nominated series BURNING LOVE, had a recurring guest arc on ABC’s SUBURGATORY, and has appeared on MODERN FAMILY, KEY AND PEELE, COMEDY BANG BANG and Fox’s MULANEY. She has also voiced main characters for UGLY AMERICANS and BRICKLEBERRY. On the film side, Natasha can be seen in comedy smashes such as NEIGHBORS and LET’S BE COPS. She is also the co-host of the popular comedy podcast THE ENDLESS HONEYMOON PODCAST in which she and her husband Moshe give out relationship advice with a hilarious spin.