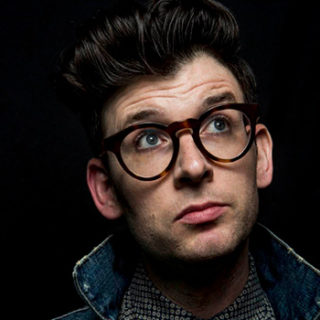 Moshe has written for several films, series, and specials including Betty for HBO, Little America for Apple, Wet Hot American Summer for Netflix, Another Period, the Comedy Central Roasts for Comedy Central, and ZOOLANDER 2. Last year, Moshe and his wife Natasha Leggero released a three-part comedy special for Netflix, “The Honeymoon Stand-Up Special” – based off of their wildly successful podcast entitled The Endless Honeymoon. He also co-hosted the popular podcast The Champs and is the host of The Hound Tall Discussion Series on the Nerdist Network.

Additionally, Moshe can be seen in his 2017 Comedy Central talk show, Problematic with Moshe Kasher. Named one of Variety’s “10 Comics To Watch,” he makes frequent appearances on This Is Not Happening and Drunk History and has also appeared on the series Not Safe with Nikki Glaser, @midnight with Chris Hardwick, and The Meltdown with Jonah and Kumail. Kasher has also had roles on Portlandia, Brooklyn Nine-Nine, The League, Shameless, Maron, Garfunkel and Oates and The New Normal.

Earlier on his career, Moshe wrote the 2012 memoir Kasher in the Rye: The True Tale of a White Boy from Oakland Who Became a Drug Addict, Criminal, Mental Patient, and Then Turned 16 and had his first Netflix special debut – Moshe Kasher: Live in Oakland.