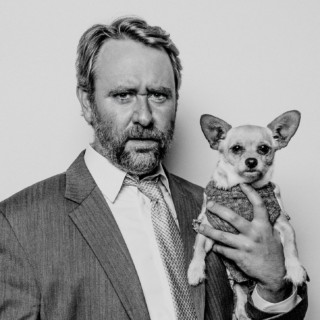 A native of St. Louis, Mike MacRae began performing at the legendary (read: “closed”) Houston Laff Stop in 1999 and soon developed his trademark style of blending obscure impressions into straight stand-up. Mike’s television debut was on Comedy Central’s “Premium Blend” in 2001 and he has since performed on “The Late Show with David Letterman”, NESN’s “Comedy All-Stars”, and was a full cast member on the TBS sketch show “Frank TV”. In 2009, Mike was invited to perform on the Master’s Showcase at the Montreal Just for Laughs Comedy Festival and is a veteran of both SXSW and the Moontower Comedy Festival. As a regular on the nationally syndicated “Bob and Tom Show” he has toured theaters across the country as part of their All-Stars Comedy Tour. Mike’s comedy short “Taste in Powder” garnered rave reviews at the Austin Film Festival in 2010, and the YouTube comments have been surprisingly benign.