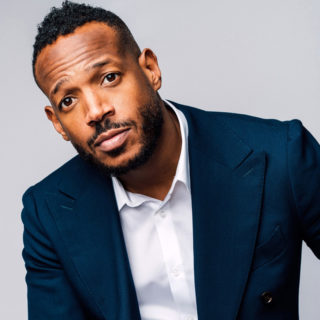 Marlon Wayans is an actor, producer, comedian, writer and film director. His films have grossed more than $736-million in domestic box office and $1-billion in global box office. As a standup comedian, he is selling out nationwide and adding shows every weekend. He hit a career milestone with his highly anticipated first-ever stand-up comedy special “Woke-ish” which premiered on Netflix in February of 2018.

Wayans can be seen starring in the Netflix movie SEXTUPLETS which tells the story of Alan (Wayans), a man embarking on a personal journey to meet his birth mother before the arrival of his first child. When Alan meets his brother, Russell, he discovers that he was born a sextuplet and decides to seek out his four other siblings (all played by Marlon). Together, the two brothers set out on a road trip to track down the rest of the family that they’ve never known. The film premiered on the streaming site in August of 2019. Wayans recently wrapped production for Sofia Coppola’s Apple-A24 movie ON THE ROCKS opposite Rashida Jones and Bill Murray. He is currently filming the Aretha Franklin feature RESPECT opposite Jennifer Hudson as Aretha.