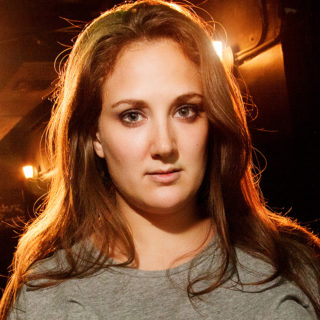 Jacqueline Novak is a comedian whose Off-Broadway, one-woman stand-up show, “Get on Your Knees” is a New York Times “Critic’s Pick.” Recognized on two Times lists, “Best Theater of 2019” and “Best Comedy of 2019”, the show has been extended four times in New York City, along with two sold-out shows at Largo in LA. Jacqueline is a regular on “Late Night with Seth Meyers” and “The Tonight Show with Jimmy Fallon.” She has appeared on “The Late Late Show with James Corden,” HBO’s “2 Dope Queens,” “Watch What Happens Live” with Andy Cohen, and in her own half-hour stand-up special on Comedy Central’s “The Half Hour.” Jacqueline’s memoir How to Weep in Public: Feeble Offerings on Depression from One Who Knows was published by Crown in 2016 and will be available as an audiobook this year. Her TV credits include appearances on “Inside Amy Schumer,” “Animals” (HBO), and “The Characters” (Netflix). She’s written for “Broad City” and “Good Talk With Anthony Jeselnik” (Comedy Central) as well as “Soft Focus With Jena Friedman” (Adult Swim). Jacqueline grew up in Chappaqua, New York and went to Georgetown University. Instagram: @jacnov Twitter: @jacquelinenovak