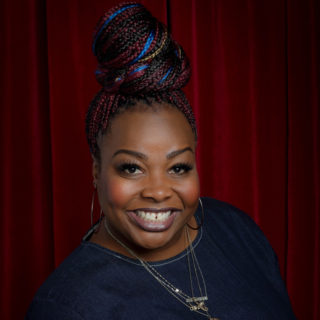 Jackie Fabulous is a stand-up comedian, actress and writer who’s been featured on The Tonight Show with Jimmy Fallon, Kevin Hart’s LOL Network, The Arsenio Hall Show, Last Comic Standing, and was a recent semi-finalist on America’s Got Talent. In addition to her television appearances Jackie’s hilarious and affable stand-up can be seen across the country as she tours America’s top comedy clubs. She uses her jokes and sparkling nature to simultaneously entertain, encourage, and empower audiences while keeping them laughing, and easily navigating the comedy gamut from family friendly to naughty.