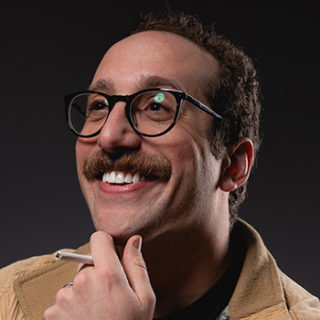 Ian Fidance is an offbeat yet upbeat New York City comic, actor, and writer from Wilmington, Delaware. He’s been featured on “This American Life” and is a popular guest on podcasts and radio shows alike. He recently made his HBO debut on “Pause with Sam Jay,” co-starred in the latest season of “The Last OG” with Tracy Morgan, was featured on “This Week at the Comedy Cellar” on Comedy Central, was a contributing writer on the last season of Crank Yankers, also on Comedy Central, and has done punch up work on Michelle Obama’s children’s cooking show “Waffles + Mochi” on Netflix. He can be seen performing nightly at the iconic Comedy Cellar in the heart of New York City’s Greenwich Village. He currently resides in Brooklyn.