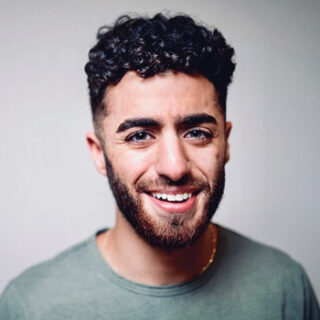 Emil Wakim is a 23-year-old stand up based in New York City and he grew up with immigrant parents in Bloomington, Indiana. Emil most recently selected as a New Face at the 2022 Just For Laughs festival in Montreal and he recently appeared on THE TONIGHT SHOW STARRING JIMMY FALLON. Emil has also opened for Nikki Glaser, Moshe Kasher, and Michael Rappaport on the road and he has contributed to Vice and Comedy Central Radio. Emil wrote for one of the most recent Comedy Central Roasts.