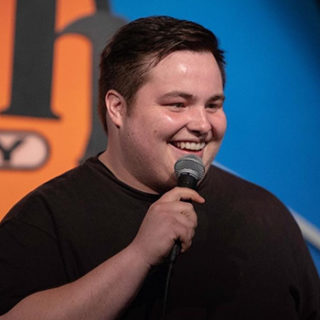 Dylan Sullivan, a comic born in San Antonio, has recently returned to Texas after spending the last four years in Los Angeles. He started stand up in Chicago, where he also attended film school at Columbia College, majoring in Film Production and Screenwriting.

Dylan then moved to Los Angeles, California to pursue his dream of becoming a stand up comic. There he met Pauly Shore, who hired him as a writers assistant, and would eventually become a “door guy” at The World Famous Comedy Store.

He has since made his television debut on Comedy Central’s “Lights Out with David Spade” and Showtime’s “The Comedy Store” documentary.