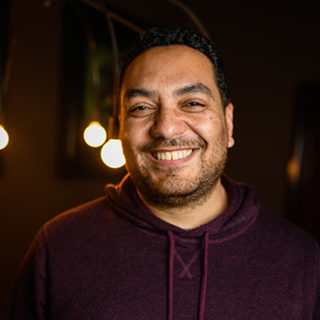 Cipha Sounds is, and has always been, more than your average DJ. Over the course of his packed career, he has been responsible for breaking artists like Rihanna and Rick Ross, has shared the stage with some of the world’s biggest musicians and comedians – from Jay Z to Dave Chappelle – and has established himself as a respected figure in New York’s stand-up and improv scenes. He is also currently the host of Tru tv’s hit show
Laff Mob’s Laff tracks”

Cipha got his start carrying crates and opening for Funkmaster Flex at renowned New York nightspots, the Tunnel and the Palladium, before his talent for song selection and infectious personality earned him a spot at Hot 97. There, he moved up the ranks from Flex’s intern, to running his own show “Cipha Saturdays,” to finally hosting the coveted morning show. During his 17 years at Hot 97, and as a host on Eminem’s Sirius satellite station Shade 45, he helped launch the careers of Rihanna, Rick Ross, 50 Cent, and Sean Paul.

In addition to picking hits for the radio, Cipha’s keen ear also led him to work as an A&R executive for a number of record labels, including Jay Z’s Roc-A-Fella and Pharrell Williams’ Startrak imprint.

Cipha’s well-known work ethic and unique ability to read any room has allowed him to rock clubs around the world, and has made him an obvious choice as a live DJ for many huge artists. He first hit the road as Lil Kim’s DJ on the Hardcore tour. Since then he has DJ’d for Mos Def, Jay Z and Rihanna, and at private parties for J.Lo, Mariah Carey, and more. He also serves as a brand ambassador for Monster Energy and the Japanese clothing company, A Bathing Ape (BAPE). For over 10 years, he has curated monthly playlists for BAPE stores worldwide.

Throughout Cipha’s many career turns, two elements have remained at the fore: comedy and hip-hop, his two biggest passions. On the radio, as a VJ for MTV, and as a Live DJ, he has always maintained a sharp sense of humor on the mic. He combined both fields as the official DJ for Comedy Central’s Chapelle’s Show, and has continued to work with Dave Chappelle ever since, joining him on tours as a DJ and opening comedian. He is a regular DJ at Saturday Night Live after parties, and appeared in Michael Che’s Netflix Special. He is now Che’s go-to opening act on the road, and just finished a large multi-city tour in the states and throughout Europe.

Cipha provides an essential link between music and comedy in New York and beyond. He performs standup comedy at clubs around the city, including the legendary Comedy Cellar, ands hosts “Take it Personal – The Hip Hop Improv Show,” at UCB every month night. “Take it Personal,” has featured many celebrity guests, including Questlove, DJ Premier, The Wu-Tang Clan, Zoe Kravitz, Donald Glover, and 2Chainz. It is a featured TV show on Jay Z’s streaming service TIDAL.