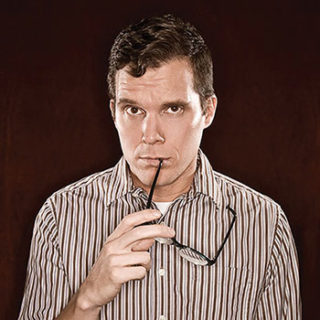 Chip Pope is an accomplished comedian-actor-writer who also enjoys Jeni’s Ice Cream. (“Jeni’s: We Won’t Give You Listeria Anymore!”)

He’s appeared on TV a bunch, and also works as a writer. He recently came off a two-season stint writing and appearing in “Lopez” on TV Land. Starring George Lopez, not Jennifer or Mario.

He co-hosts the podcast “It Happened In Hollywood” for The Hollywood Reporter. It’s a ‘cast about the legends of pop culture. Past guests are as varied as David Mamet and Jaclyn Smith.