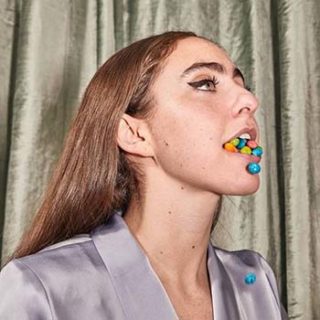 In 2021, actress, comedian and singer, Catherine Cohen appeared in Comedy Central’s AWKWAFINA IS NORA FROM QUEENS as well as Season 3 of FX’s critically acclaimed series WHAT WE DO IN THE SHADOWS. She can also be seen leading the IFC comedy feature DATING, opposite fellow comedian Jaboukie Young-White which premiered at the Tribeca Film Festival and subsequently in theatres and on demand September 10th, 2021.

Additionally this year, Cat is set to star in the Freeform pilot based on Kristen Newman’s memoir WHAT I WAS DOING WHILE YOU WERE BREEDING opposite Chelsea Frei. She also published her first book entitled God I Feel Modern Tonight, which is her collection of comedic poetry and taped her One-Hour Netflix Comedy Special this fall, out in 2022.

Cat will next be seen in the Disney+ reboot of HOME ALONE with Ellie Kemper and Rob Delaney.
Her additional credits include Paul’s Simms FX pilot as well as SPECIAL for Netflix, Michael Showalter’s THE LOVEBIRDS for Netflix/Paramount, and in 2019, HIGH MAINTENANCE Season 3 for HBO, as well as the final season of BROAD CITY and the latest season of SEARCH PARTY on TBS.
In August of 2019, the actress and comedian won the coveted title of Best Newcomer at the Edinburgh Comedy Festival. Right before she began her residence in Edinburgh, Catherine made her late night debut performing on LATE NIGHT WITH SETH MEYERS.