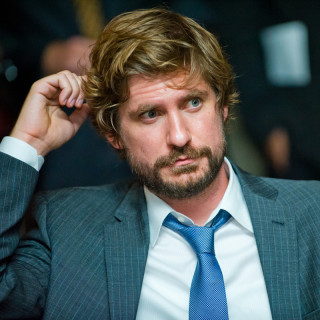 Brian Gaar is a nationally acclaimed comedian, writer and Internet personality. He’s been called “one of the funniest joke tellers on the internet” by Playboy and The Austin Chronicle said he’s “so funny it hurts.”

His hourlong special, “Jokes I Wrote At Work,” is available on Amazon Prime and his standup can also be heard on SiriusXM radio. Brian has performed at The Moontower Comedy Festival, South by Southwest, the NC Comedy Festival, and he hosted the comedy show, “ATX Uncensored(ish),” on Austin’s NBC affiliate. His jokes have appeared on The Ellen DeGeneres Show, as well as a number of outlets including Playboy, Funny or Die, and Esquire.
He’s also a writer and host for the renowned production company, Rooster Teeth, where he hosts a Youtube channel, “Inside Gaming,” which has more than 1.4 million subscribers.