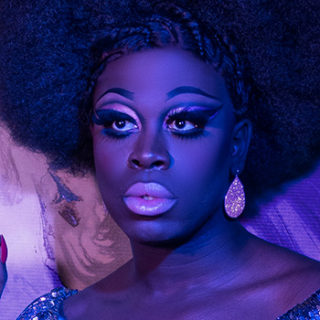 Bob The Drag Queen is having a moment. A MAJOR moment! The season 8 winner of RuPaul’s Drag Race was noted for her focus on comedy. During the show, Bob won three challenges, including the recurring “Snatch Game” where she exquisitely portrayed Uzo Aduba and Carol Channing.

Bob is back with a plethora of projects to impress. She is currently starring alongside Shangela Laquifa Wadley and Eureka O’Hara in HBO’s first unscripted hit series, “We’re Here”, which was just renewed for a second season and is nominated for the EMMY AWARD FOR BEST UNSTRUCTURED REALITY SERIES, has a brand new comedy special Bob The Drag Queen: Live at Caroline’s as well as MTV’s “Drag My Dad” Drag My Dad trailer series, The Pit Stop HERE and her ever-popular podcast “Sibling Rivalry” with best friend, touring partner and RuPaul All-Star Drag Race winner herself Monet X Change.

Bob may have won Drag Race, but it’s her comedic prowess that is really shining brightest of all. With two comedy specials under her belt, Bob is making the world laugh with her impeccable timing and true tale stories about her life and hilarious observations.