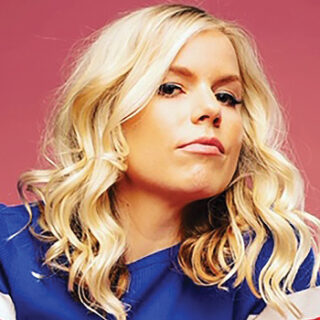 BLAIR SOCCI is a Los Angeles-based comedian whom you may have seen on The Late Late Show with James Corden, MTV, Comedy Central, NBC, Quibi, TruTV, E!, and Fuse.

Blair is the co-creator and star of the acclaimed digital series, Blair’s Lair, which follows a millennial agoraphobe with questionable morals and has been written up in Vulture and Paste Magazine.

Blair is also the co-host of The Trevor Moore Show on Comedy Central Digital and frequently tours with Ron Funches.