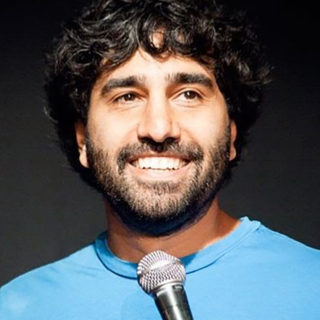 Anthony Devito made his network television debut on The Late Show with Stephen Colbert in 2017. His stand-up has been featured on Comedy Central’s Adam Devine’s House Party, AXS TV’s Gotham Comedy Live, Seeso’s New York’s Funniest, Comedy Central’s The Half Hour, and Comedy Central’s This Week at the Comedy Cellar. He co-wrote and was a regular panelist on MSG’s People Talking Sports and Other Stuff with Sam Morril. He can be heard on NPR’s This American Life, The Rad Dude Cast, and his debut comedy album Dream Occupation, by Comedy Central Records.  Devito was a staff writer for Netflix’s The Break with Michelle Wolf and contributed to her 2018 WHCD speech. Anthony’s one-man show “My Dad Isn’t Danny Devito” can currently be seen around NYC and throughout the US and was recently featured in the 2021 New York Comedy Festival.

My Dad Isn’t Danny Devito is a one-person show about finding out a family secret. Weaved throughout is a conversation about childhood, Italian masculinity, and gender norms. Come see an evening of vulnerable storytelling from one of NYC’s most moderately successful stand-up comedians.