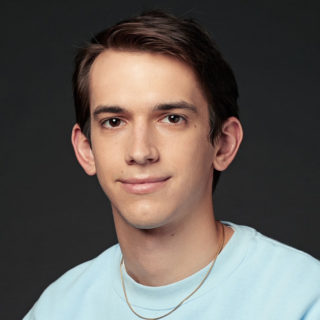 Andrew Dismukes is a stand-up comedian, writer, and actor based in New York City. He is currently in his second season as a feature player of Season 47 of SATURDAY NIGHT LIVE, where he wrote for three seasons before moving on-screen. He has performed stand up all over the country at venues and festivals including The Moontower Comedy Festival, SXSW, Clusterfest and more recently can be seen featuring for Colin Jost among others. Andrew began his stand-up career at the age of 18 while attending the University of Texas at Austin. At age 20, Andrew placed 2nd in the infamous “Funniest Person in Austin” contest, and the summer after graduating college he was featured as a New Face at the 2017 Just For Laughs Festival in Montreal. Andrew’s standup and writing blends absurdity and psychology, often building weird characters or act-outs into outlandish screaming diatribes.