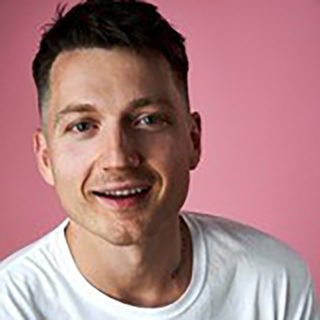 Abby Roberge is a Los Angeles based stand-up comedian originally from Vancouver B.C. who is a born and raised Hare Krishna. He was just selected as a New Face at the 2021 Just for Laughs festival. Abby performs in clubs and theaters all over the US and Canada including residencies at the Laugh Factory Las Vegas. He opens regularly for Bill Burr and Russell Peters, and has appeared in NBC’s pilot SO CLOSE (NBC) and MODERN FAMILY (ABC). Videos of his standup and sketches have been viewed over 80 million times. He currently co-hosts a podcast w/ Harry Jowsey that reaches over 4 million people.