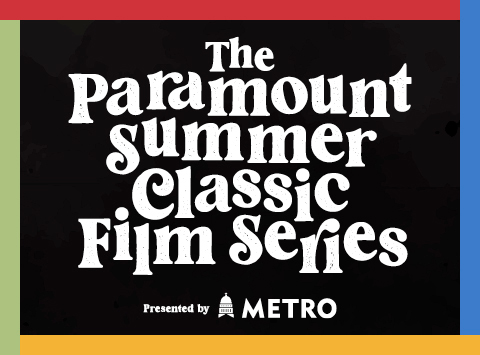 Go behind-the-scenes to learn more about your favorite films! 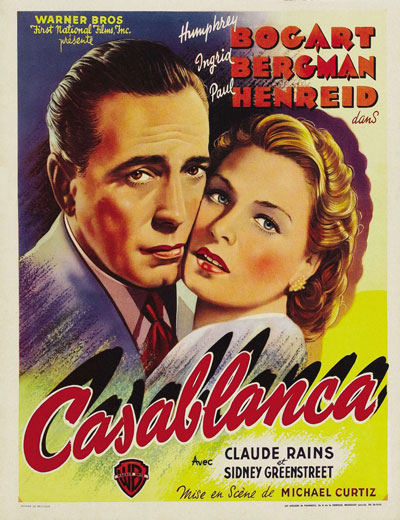 CASABLANCA first arrived in theaters in 1942, and, since then, seemingly every iconic moment and unforgettable one-liner from this beloved film has permeated our popular culture, to the extent that people who have never even seen the movie feel as if they have. Such lasting impact usually results from a rare combination of great artists doing the best work of their career and, let’s face it, pure luck.

For example, what if the strict film censorship of the 1940s hadn’t essentially forced the movie to end the way it does (perfectly, as it turns out)? What if, instead of Humphrey Bogart, the role of Rick Blaine had been granted to the rumored front-runner…Ronald Reagan? What if an unproduced play titled “Everybody Comes to Rick’s” hadn’t been unearthed from a pile of discarded work headed for the trashcan?

As most classic movie fans are well aware, the Golden Age of Hollywood was filled to the brim with adaptations. Every literary best-seller and Broadway blockbuster put stars (not to mention dollar signs) in the eyes of studio executives all over Los Angeles, and major motion pictures were being developed from these popular favorites by the hundreds.

What you didn’t often see, however, was an unproduced play getting the star treatment from a major studio like Warner Bros, yet that’s exactly what happened with “Everybody Comes to Rick’s,” an unproven commodity from stage writers Murray Burnett and Joan Alison. A Warner story analyst initially thought the piece was “sophisticated hokum,” but by the time the studio was done with it, CASABLANCA would be considered one of the greatest movies ever made.

Most people credit the film’s greatness to its script, but good luck figuring out precisely to whom that credit belongs. Though the script is often credited to the twin brothers Julius J. and Philip G. Epstein (who were the first to be assigned to the project), they weren’t entirely present for the formative stages of the script’s life. In fact, they elected to join Frank Capra in the making of WHY WE FIGHT after the attack on Pearl Harbor, so Howard Koch took over on CASABLANCA. And those are just the credited writers; the uncredited Casey Robinson reportedly spent nearly three weeks on rewrites, and producer Hal Wallis claims the legendary final line came from his own pen.

Of course, we wouldn’t even care who wrote the lines if they hadn’t been delivered so perfectly by CASABLANCA’s extraordinary cast. As is so often the case with classic films, our enjoyment relies as much on the charismatic star wattage of the top-billed names as it does on the supporting cast filling in the gaps. Bogart and Bergman give us one of the screen’s most captivating romances, managing to portray both once-in-a-lifetime love and devastating heartbreak with equal dexterity. As if that weren’t enough, they’ve got beloved personalities like the impish Claude Rains, the underhanded Sydney Greenstreet, and the slithery Peter Lorre adding a touch of humor and a little intrigue to the proceedings.

With that script and these actors, it’s no wonder CASABLANCA has become an annual tradition not only for the Paramount but for movie lovers everywhere. It’s the kind of film you can easily watch once a year (some of us could probably make that once a month), and it will never get old. Does that mean it’s a “perfect” film? If such a thing is possible, I can’t imagine a better candidate for the job.