Thank You for Another Successful Summer of Paramount Camps!

You helped make our second summer of digital Paramount Summer Camps a success! Once again, we were blown away by the creativity and ingenuity that students demonstrated in creating digital performances. Watch the performances again from Camp Paramount: Onomatopoeia and Camp Paramount: Food, Glorious Food! on the Paramount YouTube channel. We look forward to returning to in-person summer camps next year.

In this fun and fast-paced musical theatre camp, campers will learn and perform Broadway-style musical numbers and iconic pop hits! Campers will receive training in voice, acting, dance, and production from professionally-trained theatre artists. Each camp is unique; join us for both sessions! 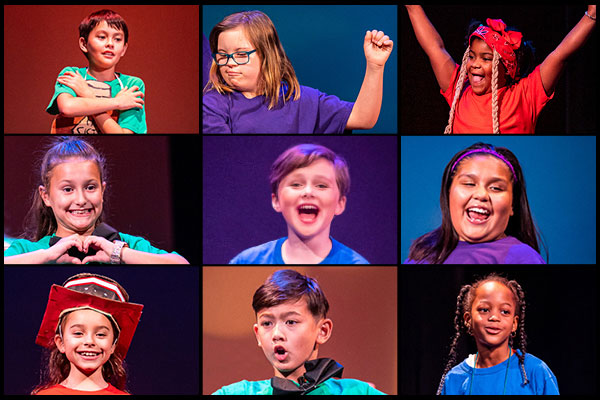 Our professional team of teaching artists that you know and love engage kids in guided classes and activities. We have a balance of direct online instruction and planned materials campers will work on offscreen each day. After each scheduled lesson campers will have the ability to ask questions and review content with teaching artists in a small group setting. Campers will learn how to use web-based software to record audio and video of themselves performing.

Enjoy camp forever with a final professionally-edited video performance celebrating the hard work of our campers that can be shared with friends and family.

All campers and their families are invited to a socially-distanced Camp Movie Night at the Paramount Theatre on Monday, August 9 at 6:30pm. Admission is free and the event is exclusively for campers and family. We will showcase video performances from all camps and then watch a movie together, with the title chosen by you!

Calling all aspiring musicians, lyricists, and students that want to learn more about songwriting! This workshop is for you. The Paramount and State Theatres are known for hosting legendary songwriters from around the world. Our 9-week workshop will help foster the next generation and end in a socially-distanced showcase at the State Theatre! Prior musical experience or playing an instrument is a plus, but not required. 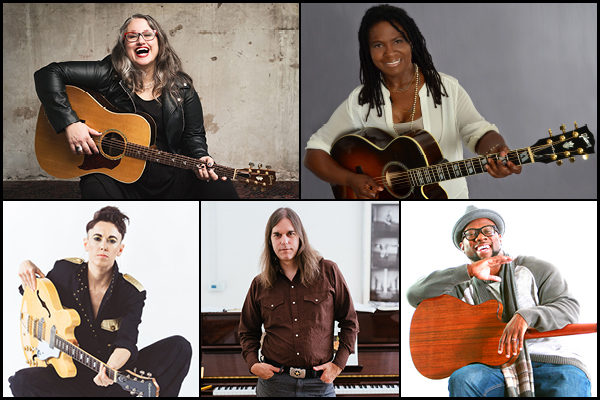 Students will learn the basics of songwriting and explore different genres of popular music, led by Jenn Hartmann Luck and an all-star roster of guest musicians including Gina Chavez, Ruthie Foster, Graham Reynolds, and SaulPaul. Learn more about them in the dropdown below.

Students will create their own songs, both in groups and by themselves.

Families are invited to a socially-distanced Songwriting Workshop Showcase with live performances from students on Monday, August 9 at 5pm at the State Theatre! Workshop students from out of state can still participate in the showcase digitally.

Following the Showcase, workshop students and families are welcome to stay for a Camp Movie Night starting at 6:30pm. Admission is free and the event is exclusively for summer students and family. We will showcase video performances from all camps and then watch a movie together, with the title chosen by you! 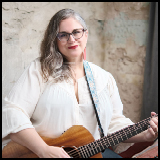 is a singer, songwriter, arts educator, and an accomplished creator of new musical theatre. Notably, she is composer and co-lyricist of Gretel! The Musical, which premiered at the Paramount in 2019 and is now available for licensing through Dramatic Publishing. She is also the composer and co-lyricist of the new musical The Battlefields of Clara Barton, currently in development with the American Music Theatre Project. Jenn’s credits also include two original solo albums, I Admit and Silly Urban Girl, and her one-woman show, Not a Chorus Girl, which played to audiences in both New York and Los Angeles. Jenn most recently served as Director of Partnerships and Programming for Education at the Paramount Theatre, on the Board of the International Association for Performing Arts for Youth, and as a Lecturer in the Department of Theatre & Dance at the University of Texas at Austin. Jenn started writing down her songs at age 10 and now she teaches songwriting workshops across the country to young people and adults alike! 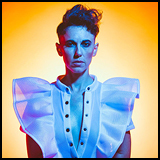 is 2020 Latin Grammy nominee for her first all-Spanish language album, La Que Manda. She is a proud native Austinite and a 12-time Austin Music Award winner, including 2019 Best Female Vocals and 2015 Austin Musician of the Year. Her NPR Tiny Desk concert has more than 1.2 million views, and she is a featured guest on Brené Brown’s new podcast, Unlocking Us and The Late Show with Stephen Colbert. Gina’s music is deeply personal. Her passionate collection of bilingual songs takes audiences on a journey to discover her Latin roots through music as she shares her story of life in Texas as a married, queer Catholic. Gina tours internationally as a cultural ambassador with the U.S. State Department and runs Niñas Arriba, a college fund she co-founded with her wife for young women in gang-dominated El Salvador. She is featured alongside Oprah, Beyonce, Mahalia Jackson, Dolly Parton and many more in Southern Living’s new book celebrating “100 extraordinary women who have left their indelible mark on the South and beyond.” Her first all-Spanish language album, La Que Manda (The Woman in Charge), is now available everywhere. 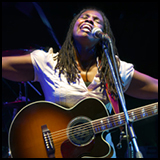 Hailing from the tightly knit musical community of Austin, Texas, award-winning singer-songwriter Ruthie Foster has found herself duetting with Bonnie Raitt, standing on stage with the Allman Brothers at New York’s Beacon Theater, and trading verses with Susan Tedeschi. Drawing influence from legendary acts like Mavis Staples and Aretha Franklin, Ruthie developed a unique sound unable to be contained with a single genre, with some describing it as “some folk, some blues, some soul, some rock, some gospel.” Ruthie has been nominated for four Grammys, and has won multiple Blues Music and Austin Music Awards, plus the Grand Prix du Disque from Académie Charles Cros in France. 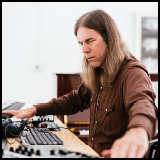 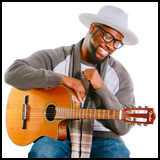 is a GRAMMY nominated Musician with a Message. He has had two #1 Songs on SiriusXM and has toured the world sharing his music. He was featured on America’s Got Talent and has appeared on numerous TV shows. He is also the previous winner of the prestigious Austin Under 40 Austinite of the Year award. His inspiring backstory of transitioning from tragedy to triumph has been told on screen via the documentary Tower to Tower and via his memoir Be The Change, as well as his popular TEDx Talks.

Watch one of our favorite digital performances – Camp Paramount’s take on “Phantom of the Opera” using the Zoom grid and masks created from paper plates!

“Paramount Camp is ALWAYS the most impressive camp in terms of organization, professionalism, communication and, of course, creativity. And this year with the major curveball thrown your way, you have done it again!”

“The kids ARE HAVING A BLAST and don’t seem screen fatigued at all. Seems to be just the right balance. Thank you for all your work in pulling the virtual camp together!”

“I’ve never seen [my children] this excited to wake up and get on the computer since the quarantine started!”

“I wanted to tell you how great the whole [camp] team is doing. This experience has made me love and appreciate the Paramount and its programming even more!”

“What a wonderful job you guys are doing! I’ve been so impressed with not only your adaption to a virtual camp but the level of engagement. My son is really having a great time.”

All students will need access to a Zoom-compatible electronic device (a computer or tablet with a camera) with an internet browser, a secondary device that can play MP3s (a phone, tablet, iPod, etc.), headphones, and a reliable internet connection. Prior to starting camp, each family has an online orientation for an overview of the digital platforms used during the session.

If you have any questions, please contact us at summercamps@austintheatre.org.