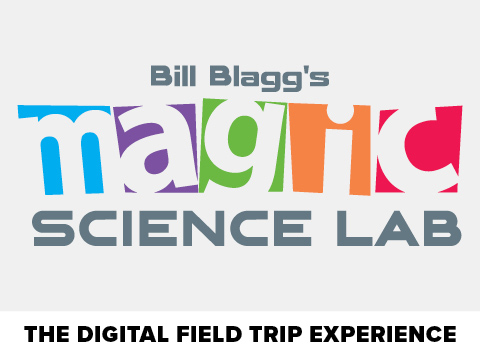 Students join Bill Blagg inside The Magic Science Lab where they will explore how magicians use science to create the impossible! Through interactive videos, students will learn the “secret” 5 step process (The Scientific Method) magicians use to develop the illusions they perform. Together with Bill, they will use the “secret” 5 steps to make a person magically float mid-air! As a bonus, Bill teaches a science-based magic trick students can do at home or in class – how to make a pencil float in the palm of their hand!

To say that Bill Blagg has had a magical life would be no exaggeration. He received his first professional magic book from his great grandfather, which eventually led to building magic props with his dad.

These early beginnings paved the way for what is now known as The Magic of Bill Blagg Live! and his two educational experiences: The Science of Magic, exploring how magicians use the scientific method to create illusions, and Magic in Motion, which explores physics and Newton’s Laws of Motion.

Today, Bill is one of the nation’s top touring illusionists. His theatrical brand of magic thrills thousands of people every year. Bill is known for instantly teleporting across theaters, squishing his body from 6 feet to 6 inches tall, bringing ordinary objects to life and much more!

Bill is constantly reinventing his performances and has adapted to this new format with aplomb. His exploration of the Scientific Method in The Magic Science Lab will examine the five-step process and teach participants how to make a pencil float in the palm of their hands. 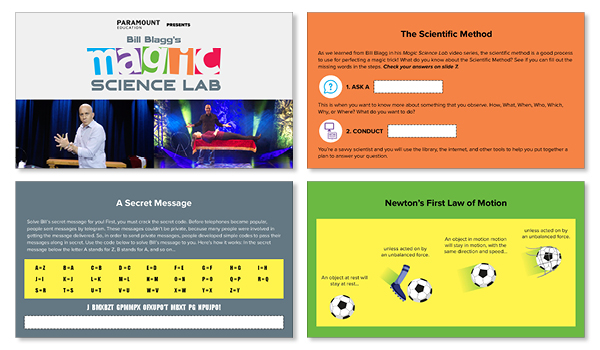 Experience the Paramount like never before, getting up close to the ornate proscenium, going backstage, and into the film booth.
Watch a preview