Bill Blagg’s Magic in Motion melds the fascination of magic with the wonders of physical science to create an unbelievable educational experience! In this highly visual, interactive show, students will be on the edge of their seats as they explore how science creates magic right before their very eyes! Their jaws will drop in amazement as ordinary objects come to life, while others defy gravity with a simple clap of the hands and so much more! Students will learn first-hand how to create illusions using core scientific principles such as force, energy, friction, motion and more. Together with Bill they will apply these principles in a variety of magical experiments that will bend the laws of science and create the impossible. Magic in Motion is a magic-filled, educational experience that is designed to inspire students to investigate how physical science can create magic while also playing an important role in their daily lives!
REGISTER NOW 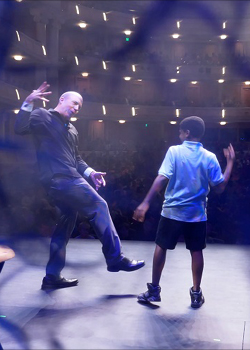 To say that Bill Blagg has had a magical life would be no exaggeration. He received his first professional magic book from his great grandfather, which eventually led to building magic props with his dad.

These early beginnings paved the way for what is now known as The Magic of Bill Blagg Live! and his two educational experiences: The Science of Magic, exploring how magicians use the scientific method to create illusions, and Magic in Motion, which explores physics and Newton’s Laws of Motion.

Today, Bill is one of the nation’s top touring illusionists. His theatrical brand of magic thrills thousands of people every year. Bill is known for instantly teleporting across theaters, squishing his body from 6 feet to 6 inches tall, bringing ordinary objects to life and much more!

Students and teachers will take home their very own copy of the Magic In Motion Discovery Guide, with fun and interactive TEKS-aligned activities for STEM, Social-Emotional Learning, and Fine Arts.
Preview a past similar guide. 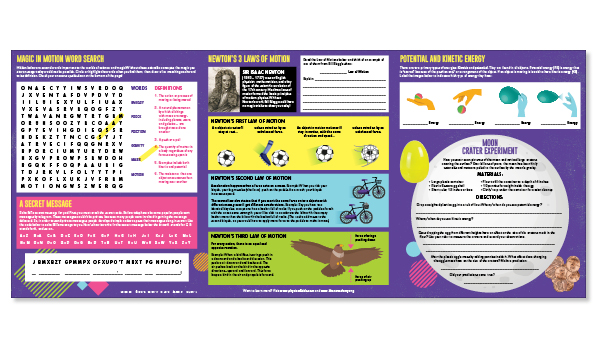