Each year, more than 15,000 K-12 students from all over Central Texas attend a Student Matinee at the historic Paramount Theatre. The matinees not only expose students to world-class theatrical performances, they also introduce them to a vital piece of Austin’s cultural heritage – the Paramount Theatre celebrated its 100th anniversary in October 2015 and is listed on the National Register of Historic Places. To enhance the experience and extend learning beyond the performance, students receive Discovery Guides that align the show’s themes, characters, and production to the TEKS standards in a range of subjects. Click here to see examples of past guides.

We know that it may be difficult to predict what the upcoming school season might look like for your campus. As always, you can make any necessary adjustments to your reservation, including cancellations, up to one month before the event. Rest assured we are working hard on health and safety specifics—seating and capacity, enhanced cleaning and air filtering, and more—and will share details with you well before show dates.

Scroll down to read more details about our shows and register. 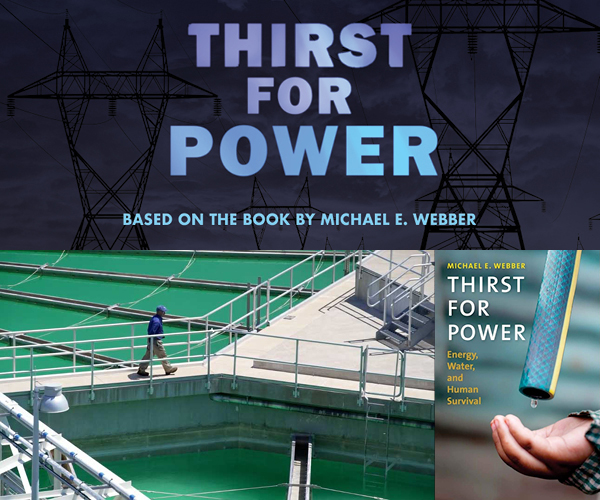 This event is powered by:

Our annual Thirst for Power event returns to the Paramount in a new digital format. The documentary will be streamed to classrooms followed by a live question and answer session with director Mat Hames, and author Dr. Michael E. Webber where students will be able to ask questions and connect. Participating classrooms will also receive access to an interactive digital student guide for the film as well as a digital tour of the Paramount Theatre.

Water and energy are the two fundamental components of a society, and they are interconnected. Thirst for Power, shot on location across France, California, and Texas, explores the history of civilization’s quest to procure abundant water and energy — from ancient Roman aqueducts in Europe to modern America’s vast hydroelectric infrastructure. The film explores our dependence on water for energy as well as vulnerabilities in our current systems. Changing the way we think about water and energy can secure the long-term sustainability of both precious resources. The documentary combines anecdotes and personal stories with insights into the latest science of energy and water, and identifies a hopeful path toward wise long-range water-energy decisions and a more reliable and abundant future for humanity.

Dr. Michael E. Webber is now based in Paris, France where he serves as the Chief Science and Technology Officer at ENGIE, a global energy and infrastructure services company. Webber is also the Josey Centennial Professor in Energy Resources and Professor of Mechanical Engineering, at The University of Texas at Austin where he trains the next generation of energy leaders. His first book, Thirst for Power: Energy, Water and Human Survival, which addresses the connection between earth’s most valuable resources and offers a hopeful approach toward a sustainable future, is now a documentary!

Mat Hames is an Emmy winning director, writer and producer, known for his two PBS Independent Lens documentaries What Was Ours (2017) and When I Rise (2010) and for his documentary series for Rooster Teeth, RTDocs. His films have screened at SXSW, HotDocs, and on SundanceTV. When I Rise (2010) was nominated for an IDA Award in the category of Best Music Documentary. Hames co-directed Fighting Goliath narrated and produced by Robert Redford which aired nationally on SundanceTV and PBS. His directorial debut was Last Best Hope, a film about the Belgian Resistance and escape lines during WWII, for which he was knighted by Belgian King Albert II. He is a co-founder of Austin, Texas based non-fiction production company Alpheus Media. 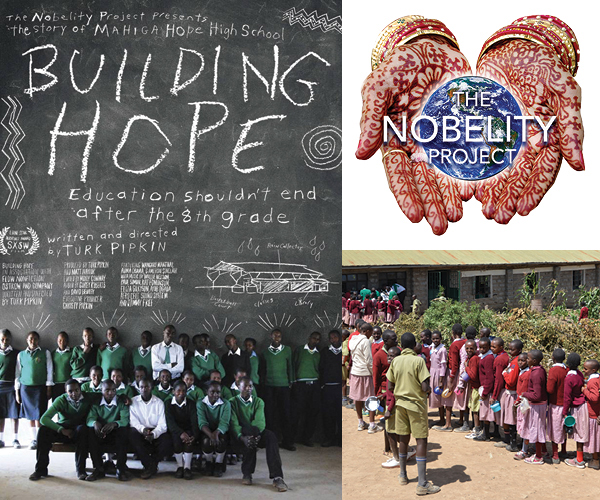 This special event is now in its sixth year! Building Hope is a two-hour presentation celebrating the value of education for every child across the globe. The presentation will feature a screening of the award-winning documentary Building Hope from the Nobelity Project. Building Hope chronicles the construction of Mahiga Hope High, the first high school for this remote African community, and the connection between a thousand people in the U.S. and an African community working to create a better future for their children. Project founders and filmmakers Turk and Christy Pipkin will follow the film with a Q&A and a live video call with students in Kenya. Austin middle schoolers will have the opportunity to ask questions in real time and experience global bridge-building for themselves as we explore the importance of education for all. 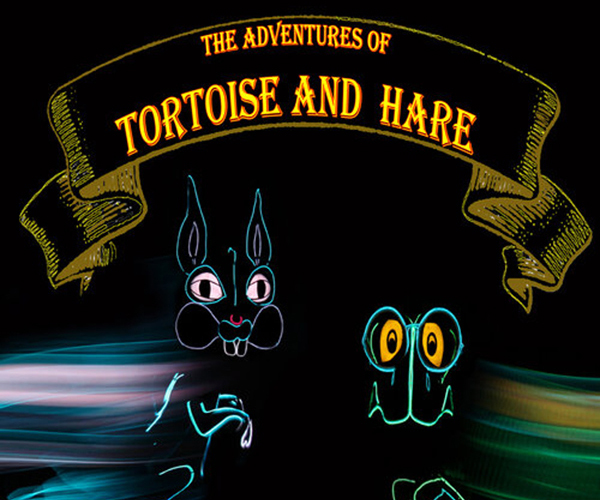 The Adventures of Tortoise and Hare, The Next Generation

The popular electroluminescent company, Lightwire Theater (America’s Got Talent), returns to the Paramount Theatre! We begin with Aesop’s classic fable of the Tortoise and the Hare and continue the story 10 years down the road, when Tortoise and Hare have children of their own and are dealing with modern day distractions. Smart phones and video games create a new landscape of lost connections to life experiences. The Next Gen features Tortoise Junior and Lil’ Hare in a whole new kind of race; where their adventures lead them into unexpected territory. Old Man Tortoise and Big Daddy Hare must come together despite their differences to find and save their children. What hurdles will they have to overcome to make it to the finish line? With dazzling visuals, poignant storytelling and the creative use of music from classical to pop, this production brings this tale into a new brilliant light. 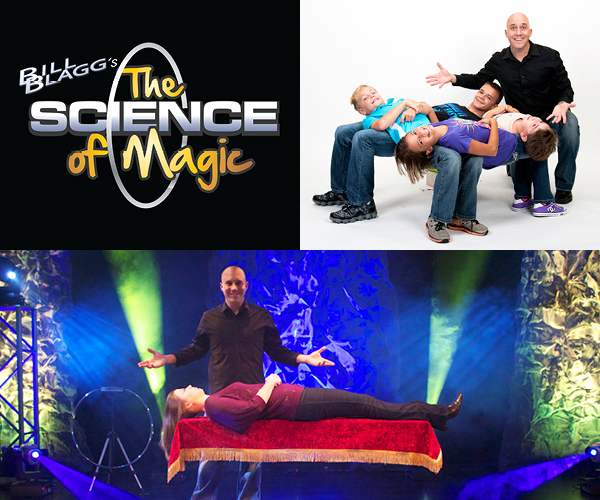 Bill Blagg’s The Science of Magic

Bill Blagg returns by popular demand for one day only! For centuries magicians have used scientific principles to make people levitate in mid-air and vanish in the blink of an eye. Illusionist Bill Blagg’s one-of-a-kind educational experience, The Science of Magic takes students on a rare, never-before-seen journey “behind the scenes” of the magic world. Students will discover firsthand how magicians use science to create their illusions! Bill’s comedy-filled, action-packed, presentation is highly interactive and makes science fun and exciting! Students will use the Scientific Method to levitate one of their teachers in mid-air and even learn how the science of reflection can make their homework magically disappear! In addition, Bill even performs some of his mind-blowing, grand-scale illusions with a scientific twist! Bill caps the show off with an incredible display of the water cycle by making it snow from his bare hands! Students will watch in amazement as science creates magic right before their very eyes! The Science of Magic is designed to excite, educate, intrigue and promote students to think “outside the box” and spawn their curiosity about how science and the Scientific Method are used by magicians to create the impossible! 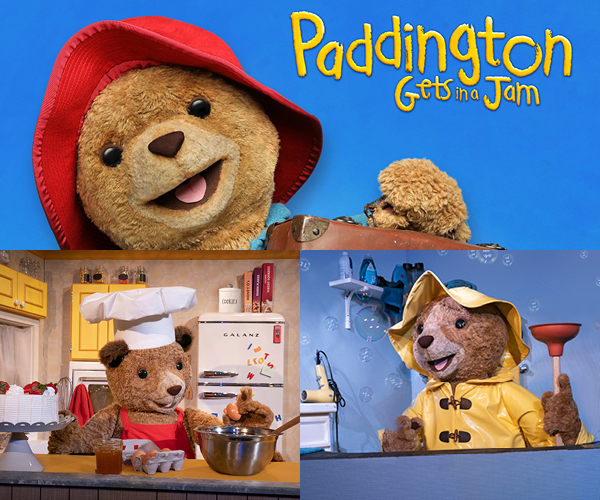 Paddington Gets in a Jam

In this original slapstick comedy, the beloved bear Paddington goes next door to borrow a cup of sugar from his neighbor Mr. Curry, who is in a panic because he’s expecting a visit from his Great Aunt Matilda. And so, Paddington volunteers to help Mr. Curry with his to-do list before her imminent arrival. Throughout the afternoon Paddington attempts items on the list – repair the pipes in the bathroom, vacuum the floors, install new wallpaper, bake a cake… But in typical Paddington fashion, nothing goes to plan. The pipes burst and flood the bathroom. The vacuum cleaner misbehaves and leaves dust everywhere. Paddington adds too much self-rising flour to the cake, and his efforts at wallpapering turn into catastrophic (and sticky) chaos! Will Paddington be able to fix everything before Great Aunt Matilda arrives?

The cost of admission is only $9.00 per child. One adult per 10 children will be free. Title I schools will receive a discounted admission of only $5.00 per child.

All performances will be presented at The Paramount Theatre at 713 Congress Avenue. Requests will be filled on a first come, first served basis. To accommodate as many children as possible, there is a limit for adults attending the shows. Only one adult per every ten students. Any additional adults will be charged $15 per ticket in advance, or $20 cash; day of show. If you need more adults due to students with special needs, please contact Gale Valley at gvalley@austintheatre.org. No general public tickets will be sold.

Payment in the form of one check per school should be mailed to the Paramount Theatre once you receive your confirmation email and accompanied invoice. Alternately, you may provide a credit card number to charge the balance. Full payments are due ONE MONTH before your performance date. If we have not heard from you one month before the performance, your tickets will be released and given to a school on our waitlist. If you need more time to pay for your school’s tickets we are happy to work with you, but there are NO CANCELLATIONS PAST YOUR ONE MONTH DUE DATE. These include decreases in numbers or complete cancellations of reservations (including additional adult tickets). Your school will still be responsible for the amount due since we will not have adequate time to re-book your tickets and those seats will go unused. Thank you for your understanding.

If there are any obstacles that prevent your students from seeing this production, please contact Gale Valley at gvalley@austintheatre.org or call 512-692-0526 to discuss special arrangements.