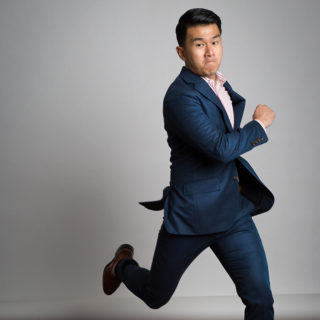 Ronny Chieng is a Chinese stand-up comedian and actor born in Johor Bahru, Malaysia, raised in Manchester, NH, USA and Singapore, who graduated from the University of Melbourne in Australia in 2009 with a Bachelor of Laws and a Bachelor of Commerce.

Most recently, Ronny appeared in one of the most anticipated and critically acclaimed movies of 2018, Crazy Rich Asians, based off the best-selling book by Kevin Kwan. He co-wrote and stars in his own television comedy series, Ronny Chieng: International Student, which aired on ABC in Australia, and is currently available in the United States on the Comedy Central app.