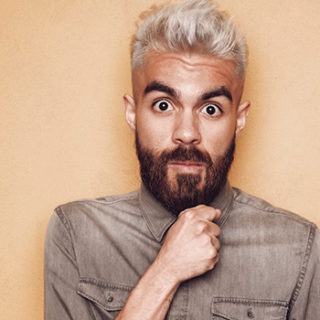 ROJO PEREZ is a NY-based comedian, actor and writer. Originally from Puerto Rico, Rojo began performing stand-up comedy at age 20. In April, Rojo was featured in the HBO Latino standup special Entre Nos: Spot On. Rojo made his late night standup debut on TBS “Conan” becoming the first Puerto Rican comic to do so. He has also been featured on Trutv’s Comedy KO and Huffington Post’s inaugural LatinX standup special. Since moving to New York City, Rojo has been a cast member on MTV’s Decoded, featured on Comedy Central’s Funny ‘Cause It’s True, Time Out New York and Univision’s FLAMA. In 2016 he was selected as a Standup NBC finalist and has been a part of the Just for Laughs Comedy Festival, New York Comedy Festival, Moontower Comedy Festival , LA Riot Comedy Festival among others.