Make unforgettable memories with your family with the Discovery Series. Subscriptions and single tickets are available. Our VIP tickets offer prime seating, priority access to pre-show special events, post-show meet & greets with the artists, books from the production, and a small popcorn & drink included with each show! 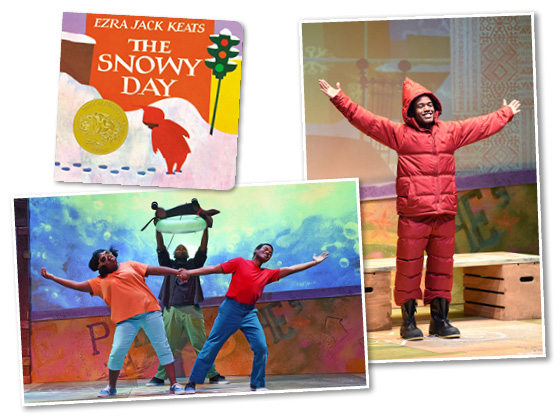 The Snowy Day and Other Stories

Follow Peter and his friends through winter, spring, summer and fall as they romp and play, start snow ball fights and make snow angels, journey in space and under the sea, and more, all in this imaginative musical play. Using innovative shadow puppetry, The Snowy Day and Other Stories by Ezra Jack Keats, celebrates the magic and boundless possibilities of childhood and the challenges of growing up. Keats’ treasured characters come to life in this humorous and fun adaptation of the collected stories: “Whistle for Willie”, “Goggles!”, “A Letter to Amy”, and “The Snowy Day.” A classic since its publication in 1962 and winner of the Caldecott Medal, “The Snowy Day” was one of the first picture books for young people to feature an African American protagonist and is still beloved today. 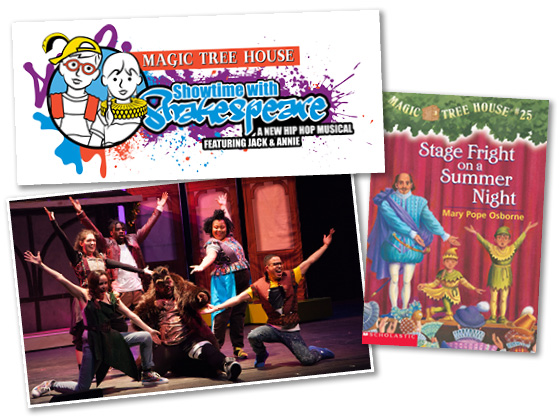 A new hip hop musical based on the Magic Tree House adventure, Stage Fright on a Summer Night, by The New York Times best-selling author Mary Pope Osborne. No matter what – the show must go on! That’s what Jack and Annie learn when the Magic Tree House whisks them back to Elizabethan England. There, the daring sibling duo meets William Shakespeare himself—one of the greatest writers of all time! Based on the critically-acclaimed book series by Mary Pope Osborne, this tuneful tale is a hip-hop hit with kids and grown-ups alike. Mary Pope Osborne’s Magic Tree House series has been translated into 33 languages, has sold more than 135 million copies worldwide and is the No. 1 best-selling chapter book series of all time. 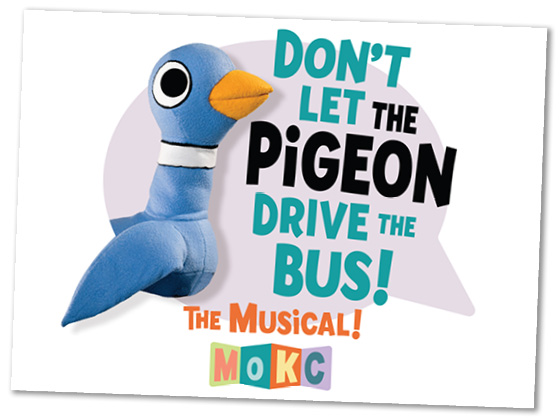 Don’t Let the Pigeon Drive the Bus! (The Musical!)

Whatever you do, don’t let The Pigeon star in his own musical production! Because it’s not easy being The Pigeon– you never get to do ANYTHING! But when the Bus Driver has a crisis that threatens to make her passengers (gasp!) late, maybe that wily bird CAN do something. Starring an innovative mix of actors, puppets, songs, and feathers, Don’t Let the Pigeon Drive the Bus! (The Musical) is sure to get everyone’s wings flapping. With a script written by Mo Willems, the creator of the #1 New York Times best-selling, Caldecott-honor award winning Pigeon picture books, along with longtime collaborator and Disney Jr’s Muppet Babies executive producer, Mr. Warburton, and featuring music by Deborah Wicks La Puma, the composer behind Elephant & Piggie’s We Are In A Play! (Paramount’s 2016-2017 season), this comedic musical production is even more fun than staying up late and having a hot dog party!